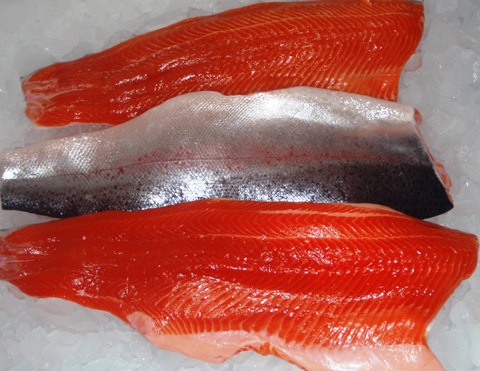 Steelhead is actually a seagoing strain of rainbow trout. It is considered to be superior in quality to the Atlantic salmon.

This trout is farmed throughout the world including Chile, Canada, and Norway. In the wild, they are native to the eastern Pacific along the coast of North America.

Steelhead trout are farmed in saltwater, similar to the production of Atlantic salmon, in offshore net pens or cages. This type of production system leads to a great deal of interaction between the farm and the surrounding ecosystem. For this type of system to be sustainable there must be a great deal of monitoring conducted by the farm employees, the government, and ideally third-party inspectors, which rarely occurs in Chile. Steelhead trout are not native to the area but do escape into the surrounding environment, competing with native species for resources. Like salmon, steelhead are carnivorous and require certain levels of protein in their diet, requiring fishmeal and fish oil from wild fisheries. The use of chemicals and drugs, and the release of waste from fish farms is not well regulated in Chile either and is very common.