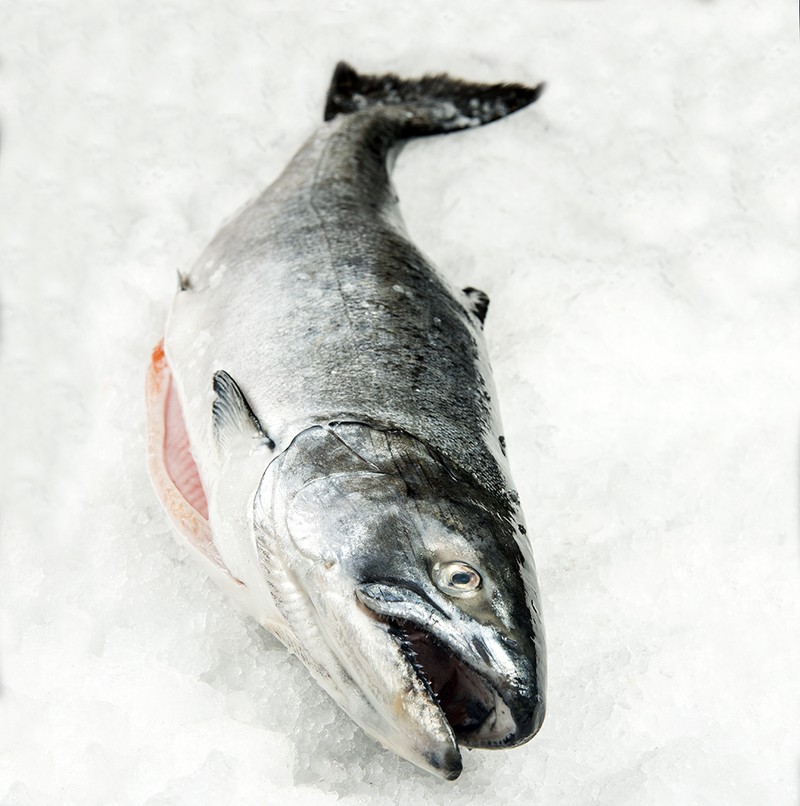 Chinook, or king, salmon have a reputation as the highest quality of salmon. It is the largest species of salmon and undertake some of the longest migrations upstream. While most species stay at sea for one to three years before returning to freshwater to spawn, king stay at sea as long as five years, allowing them to build the highest content of oils and omega 3 fatty acids. King salmon have a deep and rich flavor, with a soft, dark colored meat. With the high oil content, king salmon takes well to broiling and grilling.

King salmon are found in the northern Pacific Ocean from Japan, through the Bering Sea, and down the west coast of the U.S. to southern California. King salmon are also farmed in New Zealand, Canada (British Columbia), Chile, and Washington state.