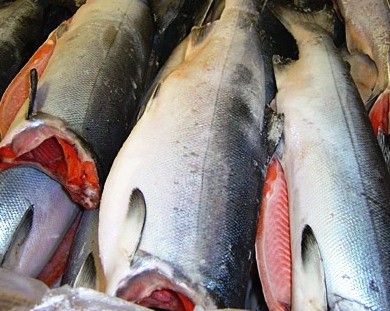 Coho salmon, also known as silver salmon, is similar in appearance to Atlantic salmon. Coho have a nice color and a relatively high fat content. It is mild, but more flavorful than keta and the flesh firms up nicely when cooked.

Coho salmon are found in the northern Pacific Ocean from Japan, through the Bering Sea, and down the west coast of North America to Baja California. Coho is farmed in Chile and Japan.