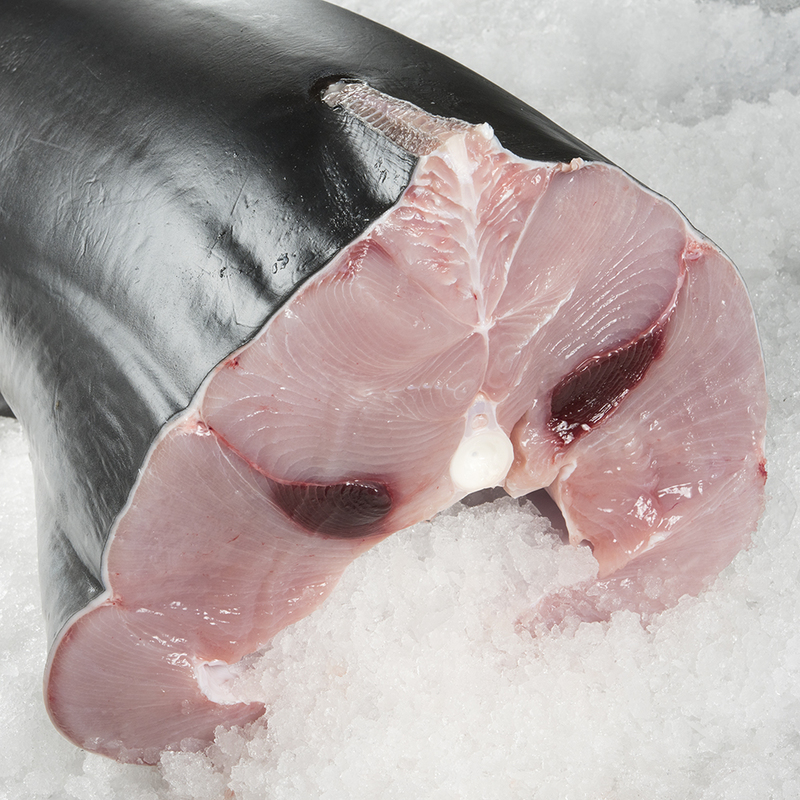 Mako is the best tasting of all shark species, and shortfin mako is the most commonly found in the seafood supply chain. Its flesh is meaty but moist, similar to swordfish. Raw, it should be pinkish beige but become white when cooked. Shark may contain high levels of mercury, and should be avoided by vulnerable groups such as pregnant women, nursing mothers, and children.

Shortfin mako is found around the world in tropical and temperate seas.

Shark are very important predators that help to maintain balance in marine ecosystems. There is a great deal of uncertainty about the status of shortfin mako but the most recent stock assessment suggested that the population is not overfished but is currently experiencing overfishing, possibly high levels of overfishing. Though the U.S. has strict regulations governing the harvest of shorfin mako, international management of this widespread and migratory population is inadequate. The U.S. harvests less than 10% of the total shortfin mako landed in the northern Atlantic, thus actions taken here are unlikely to immediately impact the overall sustainability of the population, but the U.S. is often the leader in sustainable fisheries management. In the U.S. there is no directed fishery for shortfin mako, they are caught as bycatch in the swordfish and tuna pelagic longline. U.S. regulations currently include a total allowable catch (quota) and a limit on the number of sharks that can be harvested during each fishing trip. U.S. fishery managers are encouraging fishermen to release live mako sharks whenever possible. Pelagic longlines have little impact on the surrounding habitat but do have bycatch of other fish species, sea turtles, birds and marine mammals. The U.S. has implemented strict gear regulations to minimize bycatch and has the cleanest longline fishery in the world.