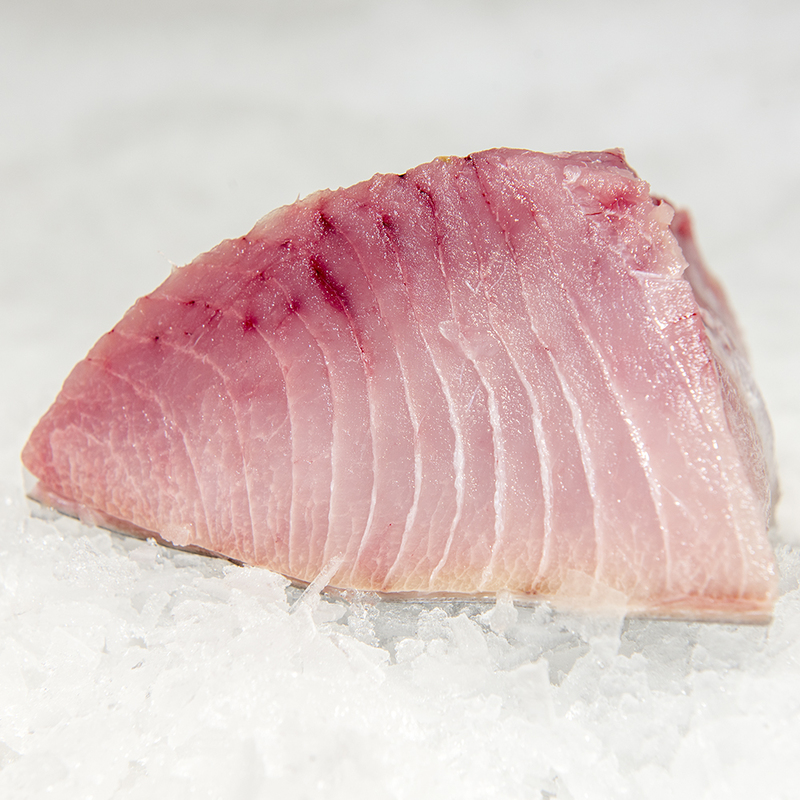 Opah, also known as moonfish because of their very round body, was once an underutilized species but has now become popular. It is not specifically targeted by any major fisheries, thus is not consistently available. Each opah has four different types of meat, each with a distinctive color and texture. The loin, which is found along the backbone from the nose to the tail of the fish, is a light orange color like salmon, and is tender. The lower side flesh is a bit stringy, not as tender, and lighter in color. The cheek meat is bright red, as is the meat from the breast area of the fish. All of the meats cook up white, except for the breast meat, which turns brown. When cooked, opah has a firm texture, high fat content and distinctive flavor somewhere between tuna and swordfish. Only the loin is good served as sashimi.

Opah are found around the world in tropical and temperate waters.

No major fisheries target opah; it is most often harvested as bycatch in longline fisheries targeting tuna and swordfish. The majority of U.S. harvest comes from Hawaii. Scientists know little about opah, but they believe opah grow quickly, which would make them more resilient to fishing pressure. The stock status is unknown because there has not been a stock assessment conducted, but there is no evidence of a population decline or that fishing rates are too high. Longlines have no impact on seafloor habitat but can have substantial amounts of bycatch, especially vulnerable and protected species such as sharks and sea turtles. Hawaii's longline fisheries are high regulated to reduce or eliminate this bycatch.