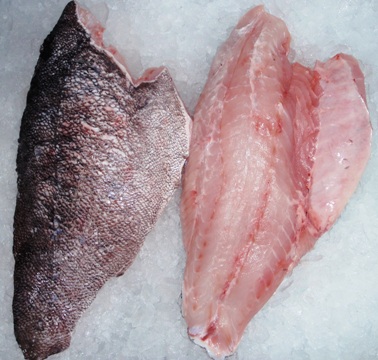 Wreckfish are a cousin of sea bass and grouper. They have a mild flavor like grouper but a meatier consistency like swordfish. Wreckfish are named for the propensity of juveniles to congregate under and around floating lines of wreckage (wreck lines) in the open ocean.

The wreckfish fishery in the U.S. Atlantic is very well managed with a very restricted Annual Catch Limit. Only two to three boats in the U.S. are actively fishing and the quota is divided on a percentage basis between permitted fishermen. In addition, there is a spawning season closure from January 15 to April 15. Unfortunately, scientists lack enough data to conduct a full stock assessment thus the overall status of the stock is currently unknown. The wreckfish population ranges throughout the northern Atlantic Ocean and the fishing pressure exerted by other countries is unknown. In the U.S. the only place wreckfish is harvested is the Charleston Bump, off the coast of South Carolina. The typical gear consists of large circle hooks on the end of a weighted cable and has minimal impact on the environment. There is little to no bycatch.