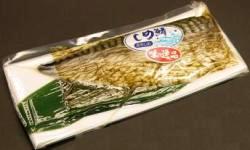 Surf clams are the largest bi-valve in North America. Their foot (called the tongue in the U.S.) is used to make clam strips or used as sushi.

Surf clams are found in the northwest Atlantic from the southern Gulf of St. Lawrence, Canada, to the Gulf of Mexico. The United States is the only source of commercially harvested surf clams.

U.S. surf clam populations are healthy and well managed. There is an annual catch limit that is divided between participating fishermen. Surf clams are harvested with a hydraulic dredge - a method by which jets of water are injected into sandy bottoms, temporarily liquefying the substrate and allowing a metal rake to drag through the first few inches, scooping the clams into a cage. The bars of the cage are spaced such that small clams fall out. The sandy bottom habitat of surf clams is thought to recover quickly from the impact of the hydraulic dredge. In addition, all boats that harvest surf clams must carry a vessel monitoring system (a satellite tracking system) to ensure they are not fishing in closed areas.