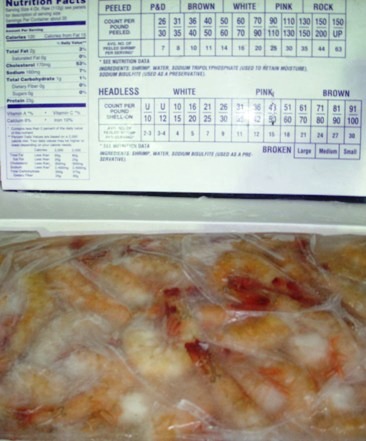 These shrimp are peeled, undeveined, which means the back will be solid and the shrimp will appear whole.