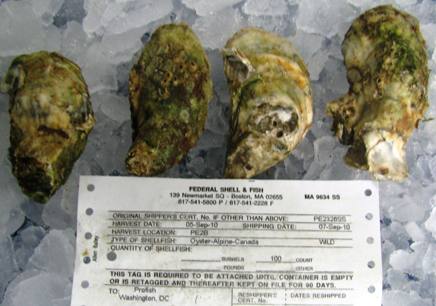 A good, affordable option, Alpine Bays are harvested in Prince Edward Island, Canada by hand. These oysters have a smooth, copper colored shell with a deep cup, a crunchy bite and a clean aftertaste.