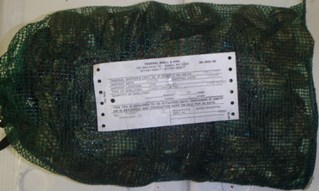 Farmed in the clear cold waters on the Caraquet region of New Brunswick Canada, an aquaculturist handpicks and ships fresh each generation of oysters. Constant care produces the most consistently shaped oysters, full of meat and pure ocean sweetness.