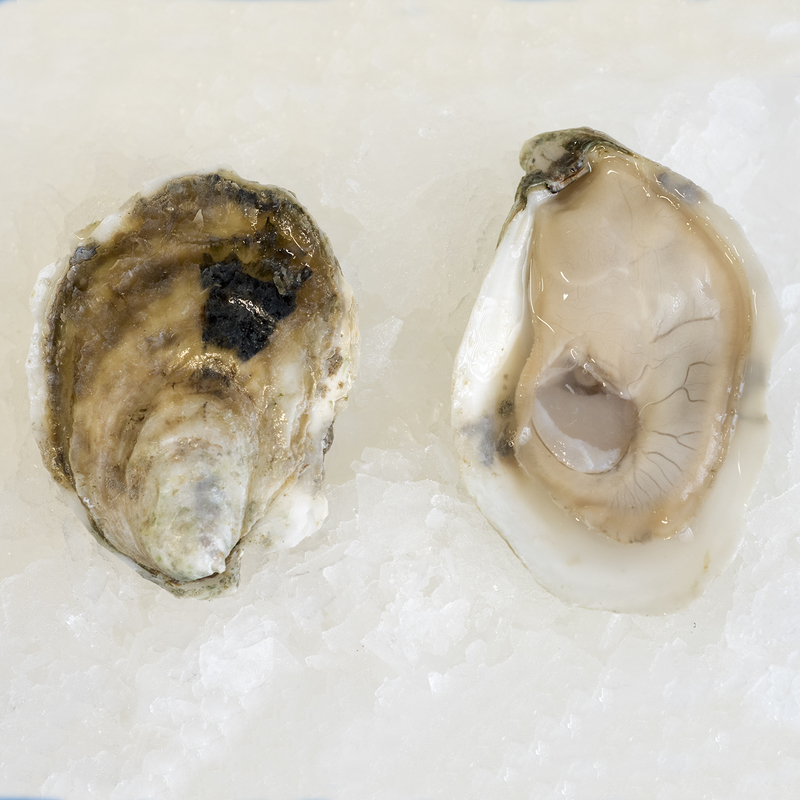 The Choptank is a major tributary of the Chesapeake Bay located on Maryland's Eastern Shore. It is a region with a rich history and tradition of oystering. Choptank Sweets are a robust, meaty oyster with a rich creamy texture. They have a sweet buttery flavor with a clean crisp finish. The moderate salinity of the Choptank ensures that the flavor is not overburdened with saltiness, thus allowing the more subtle, and complex natural flavors of the oyster to be detected. Choptank Sweets are available throughout the year, because they are an aquacultured oyster. Our oysters are not subject to the seasonal harvest restrictions of wild caught oysters. Contrary to popular belief, oysters remain flavorful and can be enjoyed all year long.