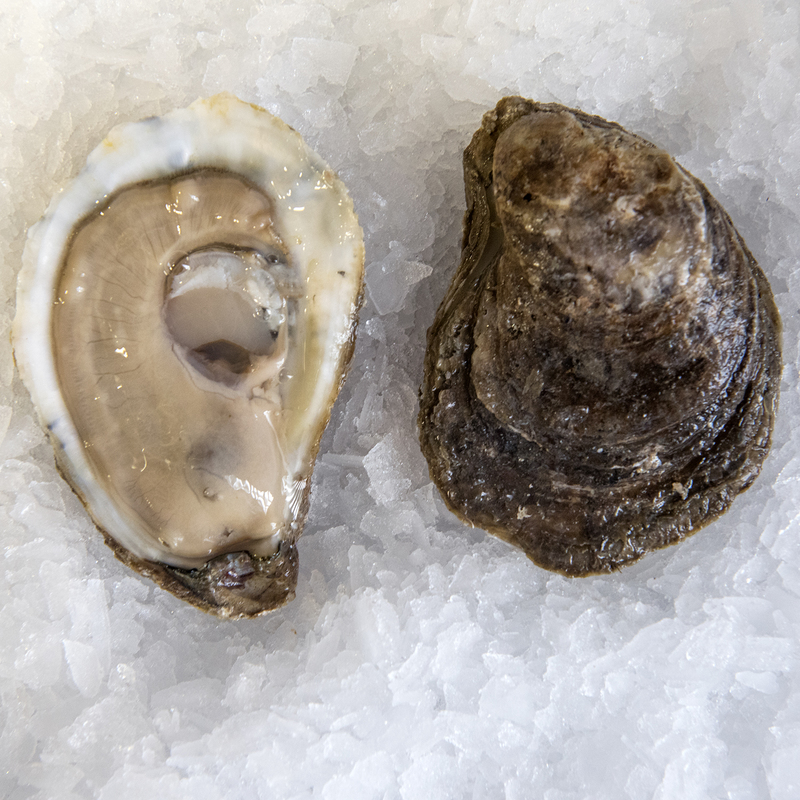 These oysters are those who which were not harvested during the dredge season from the year prior. As such they are older and much larger than the normally harvested wild oyster. With a salinity of 3.2 to 3.5%, they have been in the ocean for almost five years before reaching your plate.