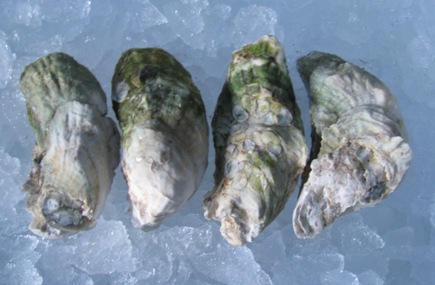 100 piece case. Fox's are grown by a family farm, where wild seed is caught and grown out on the bottom. The oysters are then harvested by a mechanical dredge. They are always purged before heading to our shop.