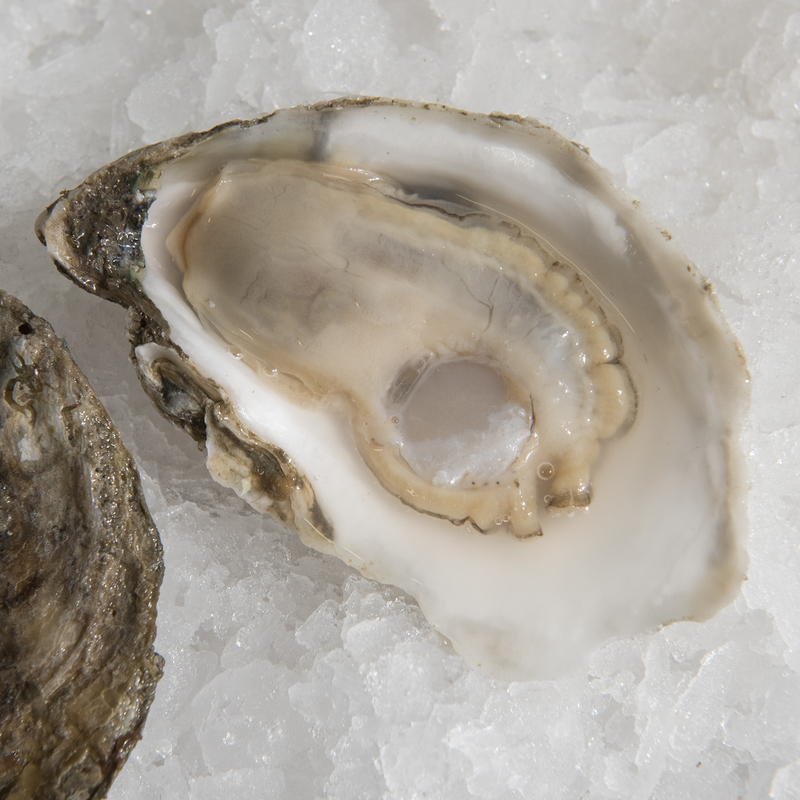 Holy Grail oysters have a deep cup with full bodied meats and are 2½ inch on average. They are grown in the Chesapeake Bay making them briny and sweet with a complex finish.