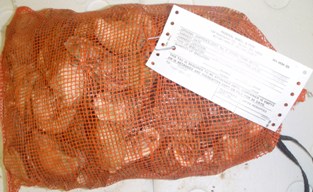 Atlantic oyster from one of the Prince Edward Island oyster appellations in Canada. They are grown in the most northern oyster region of North America. They are bottom farmed oysters. Bottom cultured oysters are grown the old fashioned way right on the bottom of the bay and are hand harvested using oyster rakes.