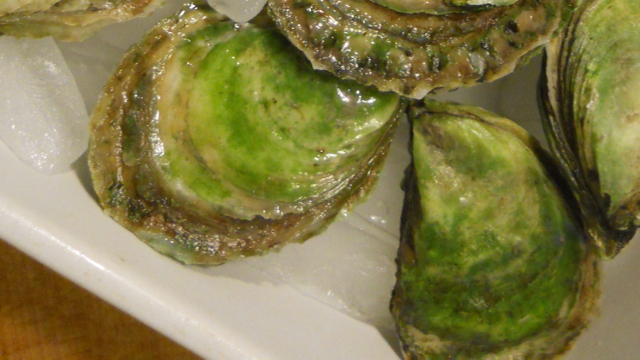 Bag-grown at a site in New London Bay having strong algae growth that turns the oyster shells bright green and contributes a depth of flavor to the oysters, this is a very pretty oyster with a light brine flavor.