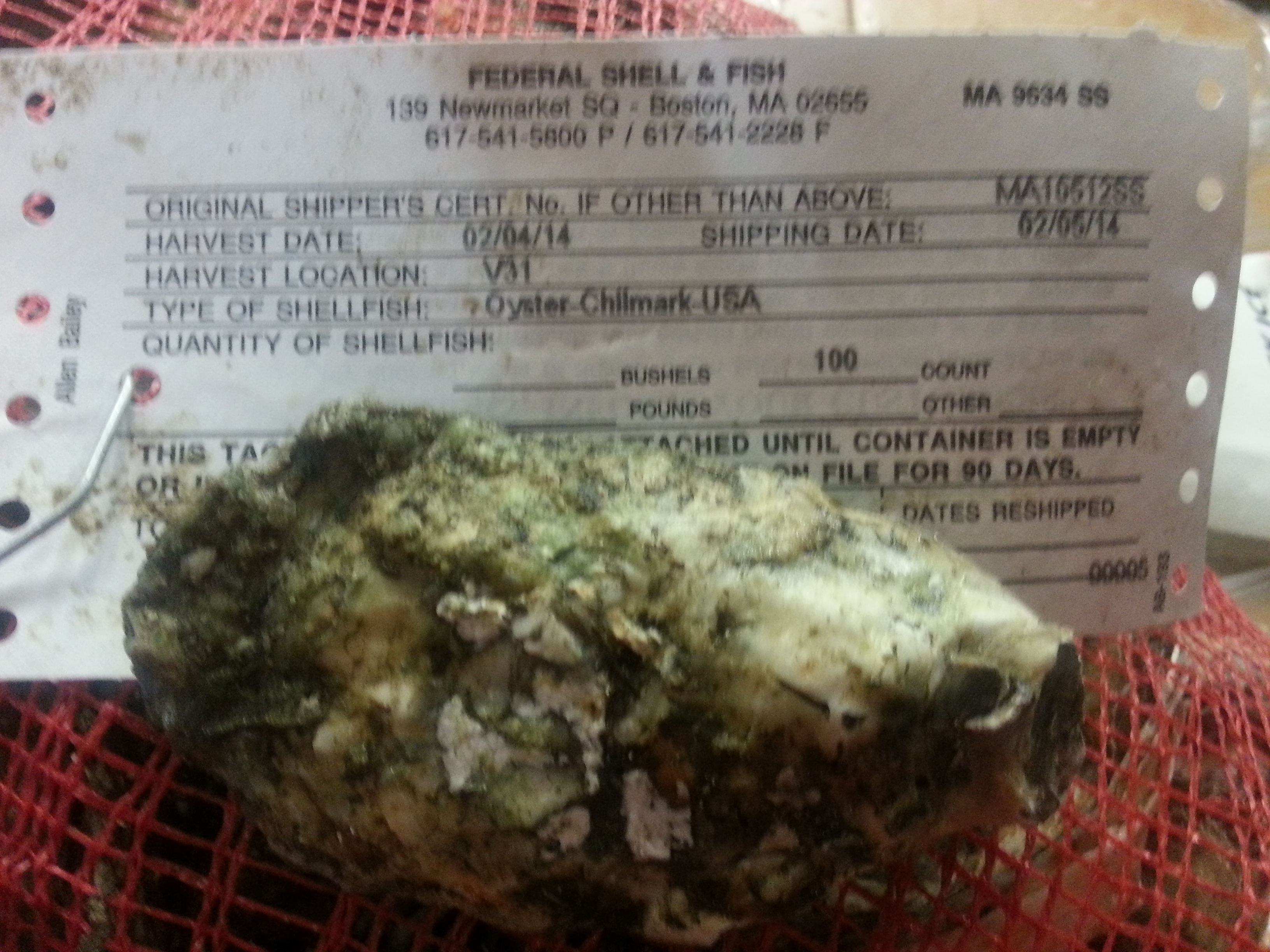 The Chillmark Oyster from Martha's Vineyard has unique story. They were shut down for a few years until Super Storm Sandy changed the topography of the inlet where they are harvested from. This changed the salinity slightly and brought back to life an oyster that was once revered for it's sweet flavor. Chillmark's are only available for a short time each winter.