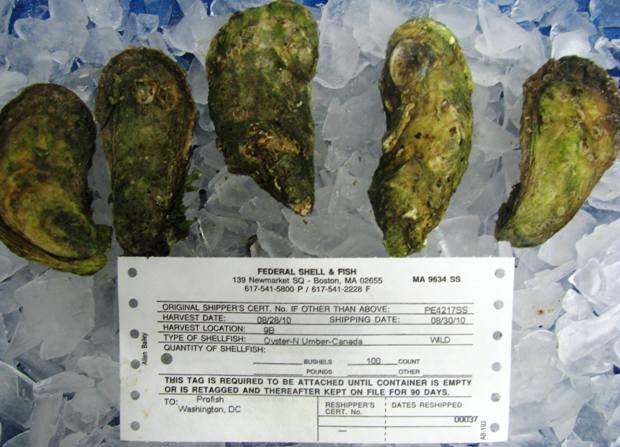 A larger grade oyster from between Prince Edward Island and New Brunswick. Very clean and crisp with a mildly fruity finish.