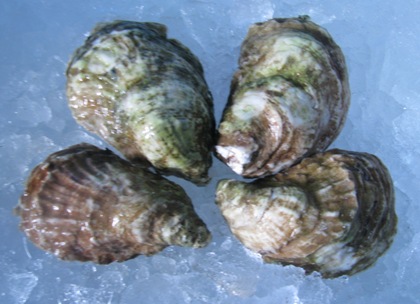 Farmed at the head of Buzzards Bay, this is bottom grown, medium in size with a salty seaweed flavor. They are available all year round, with some difficulty in January and February.