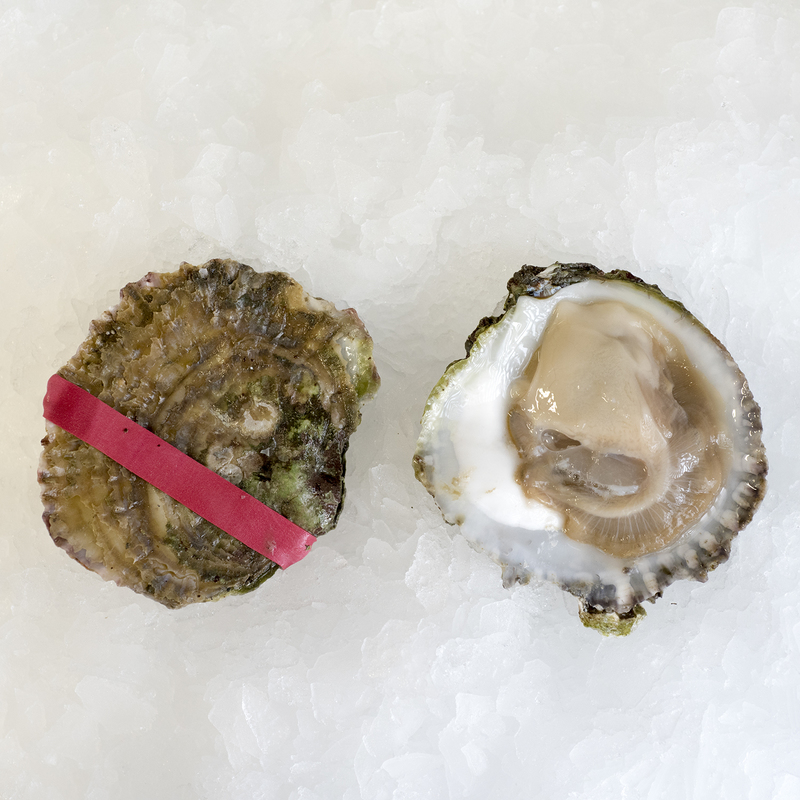 Belons, also known as European Flats, were brought over from Europe in the 1950s, and since then, has grown wildly in the waters of Maine. Medium salinity, firm plump body, strong copper finish