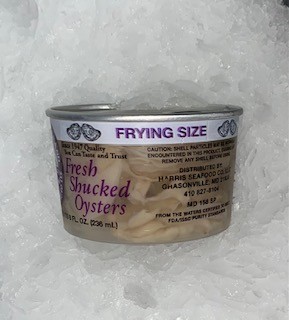 Harvested along the entire east coast of North America and throughout the Gulf of Mexico, eastern oysters take on the flavors of the waters around them, thus oysters are often identified by their origin. Salinity is the biggest factor, but temperature can affect their size and texture as well. Eastern oysters tend to be salty and meaty.

These eastern oysters are native to the Atlantic and Gulf coast. Many wild populations have decline substantially due to habitat loss, coastal pollution, and overharvest. Now wild oyster harvest is regulated to conserve what remains and in some areas wild beds are being rehabilitated to increase populations. Wild eastern oysters are still plentiful is some parts of the Gulf of Mexico, which supplies most of wild harvested oysters in the U.S. Wild oysters are harvested with dredges or tongs, which is a fairly gentle method. Oysters are filter feeders, removing excess nutrients and particulate matter from the water as they feed, actually improving water quality in the surrounding area.