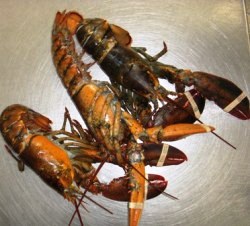 Broken off tails from still lobsters.