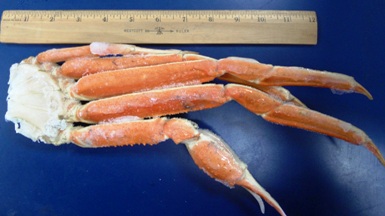 A cluster is multiple legs attached to a portion of the body - size is 8 or fewer per pound.