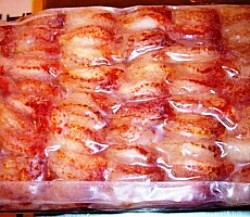 This is the meat picked from the shell.