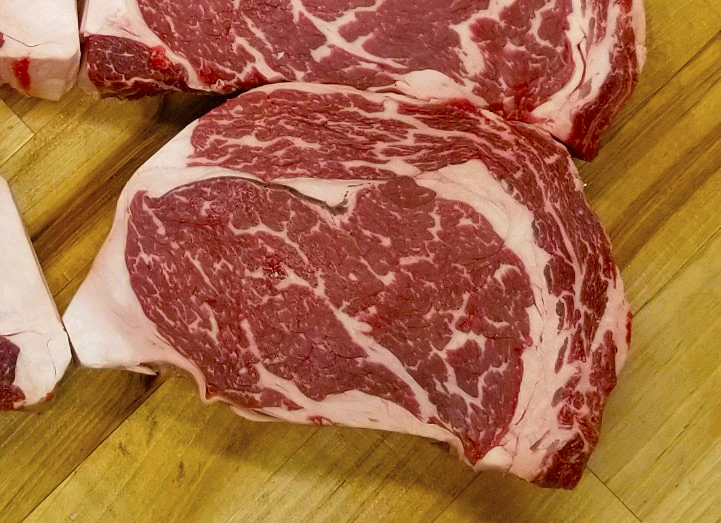 12oz Beef Ribeye Boneless Delmonico: Local Black Angus USDA Certified Choice boneless ribeye aged 21 to 45+ days for superior marbling and maximum tenderness. Sold by the weight, ordered by the each - this fresh never frozen steak is sure to be a winner on your table. Our brand choice is the Black Angus 1855, a breed apart - Black Angus 1855 graders select less than 10% of the herd based on distinct qualifications and characteristics which produce excellent marbling and tenderness. The specific Angus Cattle are then grass fed for a minimum of 100 days ensuring the best flavor and texture