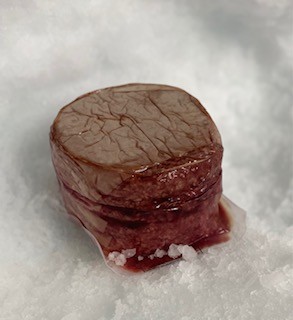 4 6 ounce patty's to a pack, fat to beef ratio is 80-20 which makes for a succulent, fulfilling burger. Sold by catch weight, available in case pack as well