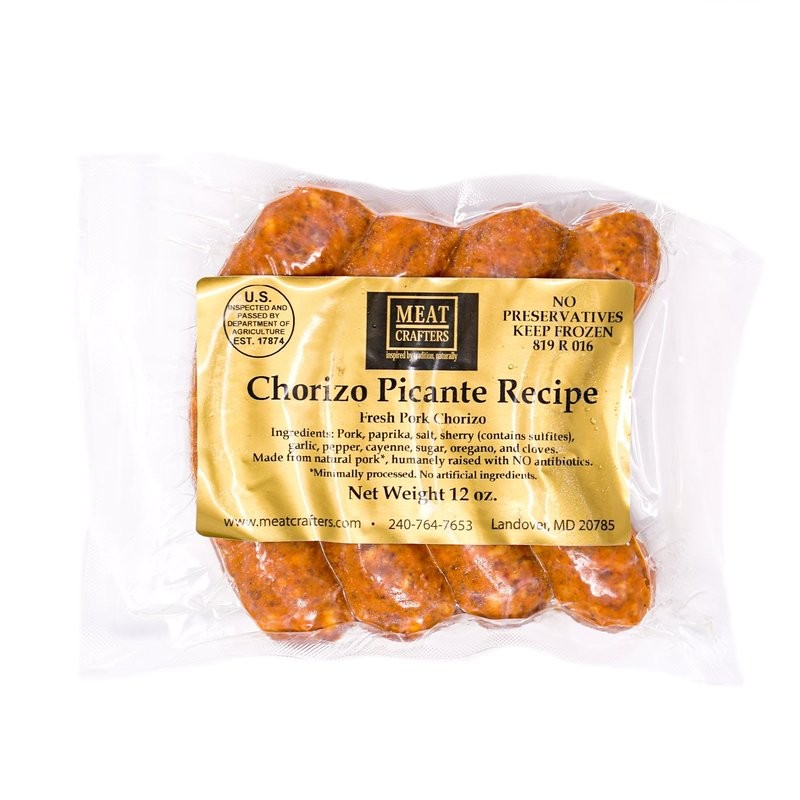 Authentic Spanish-Style chorizo is a pork sausage made with a careful balance of hot paprika, smoked Spanish paprika, fresh garlic and just enough cayenne pepper. Try is as the base for a paella, or sauteed with peppers and potatoes and topped with a fried egg. Three 4oz sausages. Meat Crafters