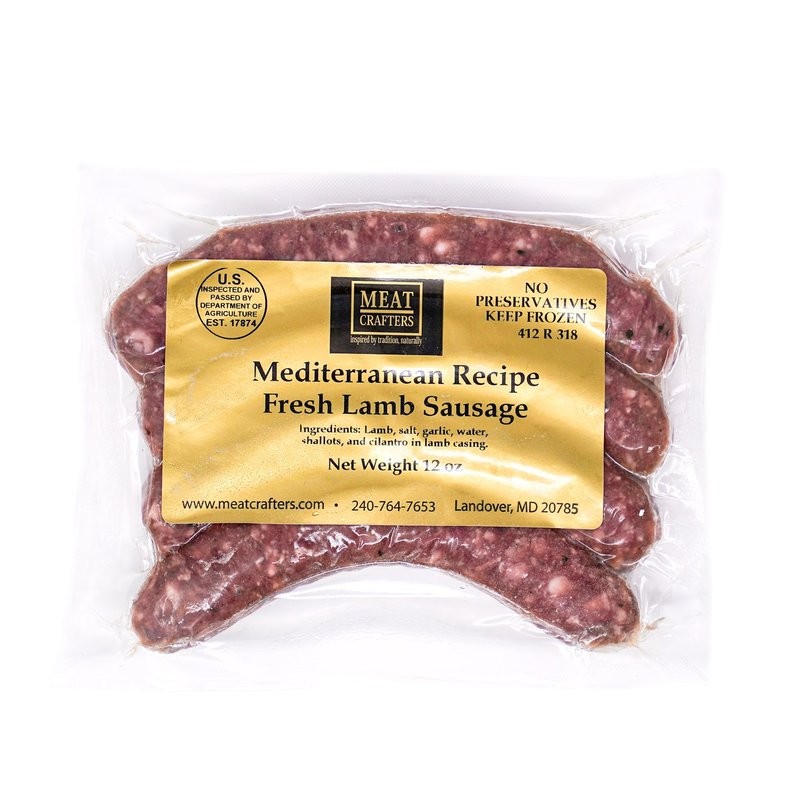 All natural lamb seasoned with garlic, shallots, and cilantro. No black or white pepper in recipe. Tons of flavor and zero heat. Four sausages per. Meat Crafters