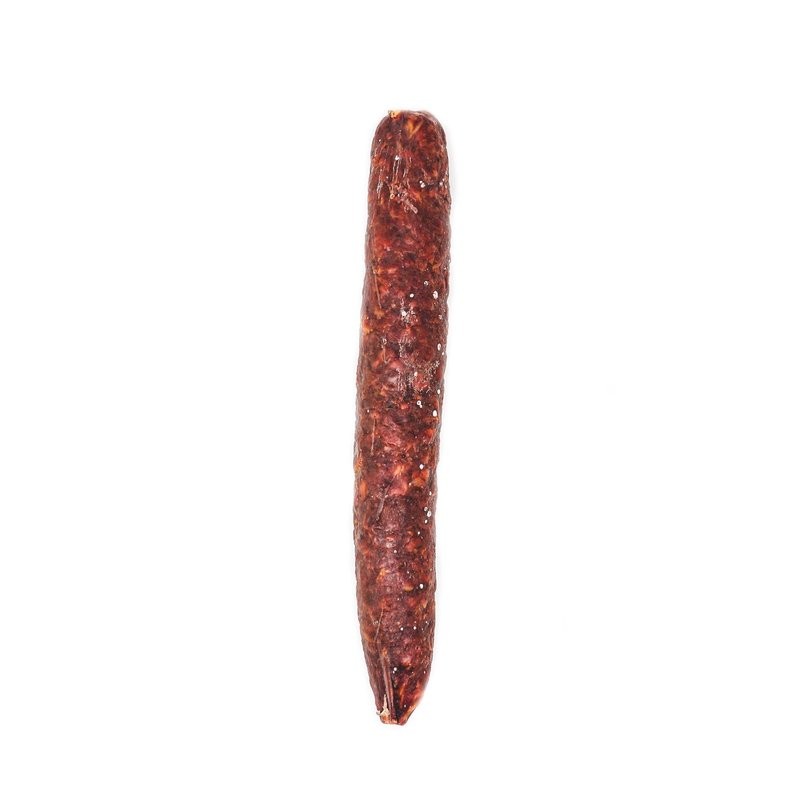 Spanish-style dried pork and beef Chorizo made with three kinds of smoked paprika and a hint of cayenne pepper.