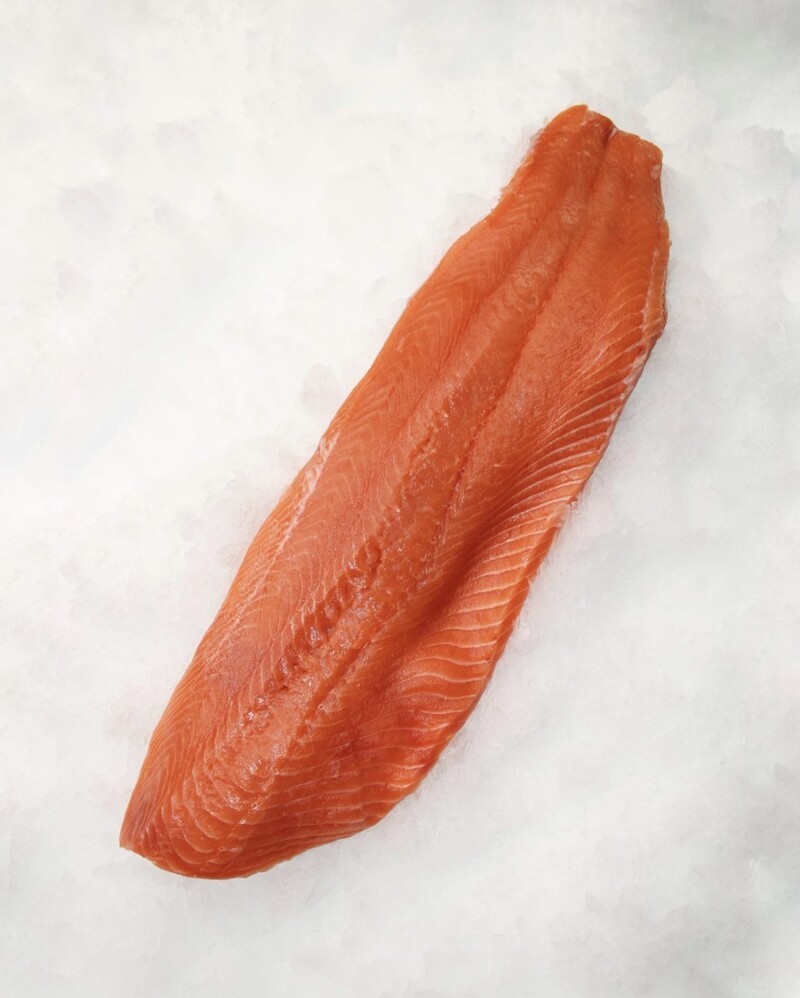 Hand cut - we have steady routine of deliveries guaranteeing our whole salmon from which the cut fillet is produced is fresh every day!