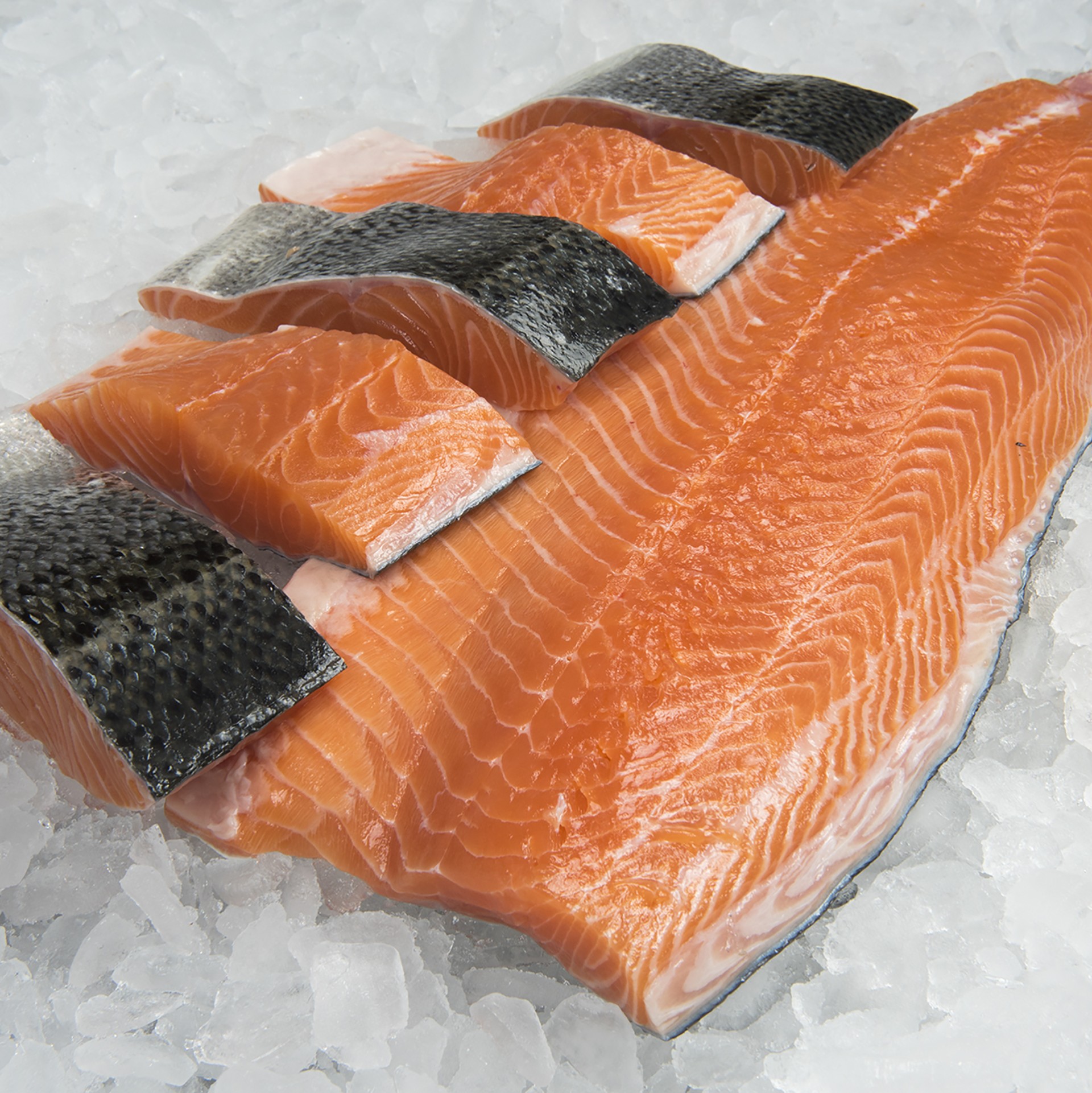 The vast majority, over 99%, of Atlantic salmon available in the commercial market is farm raised. Farmed salmon have a milder, more delicate flavor than wild salmon. Their flesh is moderately firm and somewhat oily, though less so than wild Chinook (king) salmon. The color varies from orange to pinkish orange based on the amount of pigment added to the feed (not a dye added to the flesh of the fish as many people believe), which is meant to mimic the natural pigments in the prey species that wild salmon consume. This product has some slight differences from the Chilean or Canadian farm raised product, evidenced through the width of the fat lines and the gapping caused by mechanical pin bone removal.

Salmon farming in Norway is conducted in offshore open net pens. Only native strains of Atlantic salmon are used, though genetic diversity has been reduced through selective breeding for traits that are advantageous in a farm environment. Hatchery production occurs onshore in freshwater tanks. The diet of salmon requires certain levels of proteins and oil that are traditionally obtained by feeding salmon fishmeal and fish oil from wild caught fish, but Norway uses a substantial amount of agricultural proteins and oils to substitute for wild caught fish used in feed. Chemical use in Norway is lower than most other salmon producing countries. Fish waste in open net pens is released directly into the environment where its impact varies between sites, dependent upon the density of fish in the pen and the ability of the surrounding ecosystem to convert fish waste into nutrients. Environmental monitoring and mathematical modeling are used to determine the carrying capacity of each site. If environmental conditions become unacceptable the site must be left dormant until it recovers. Escapes of farmed salmon into the wild do occur but Norway has extensive regulations to prevent and mitigate escapes. Norway has established protection zones for wild populations where no salmon farming is allowed. Norway has some of the most extensive zoning and permitting regulations for aquaculture, making Norwegian farmed salmon one of the more sustainable alternatives when wild caught salmon is not available.