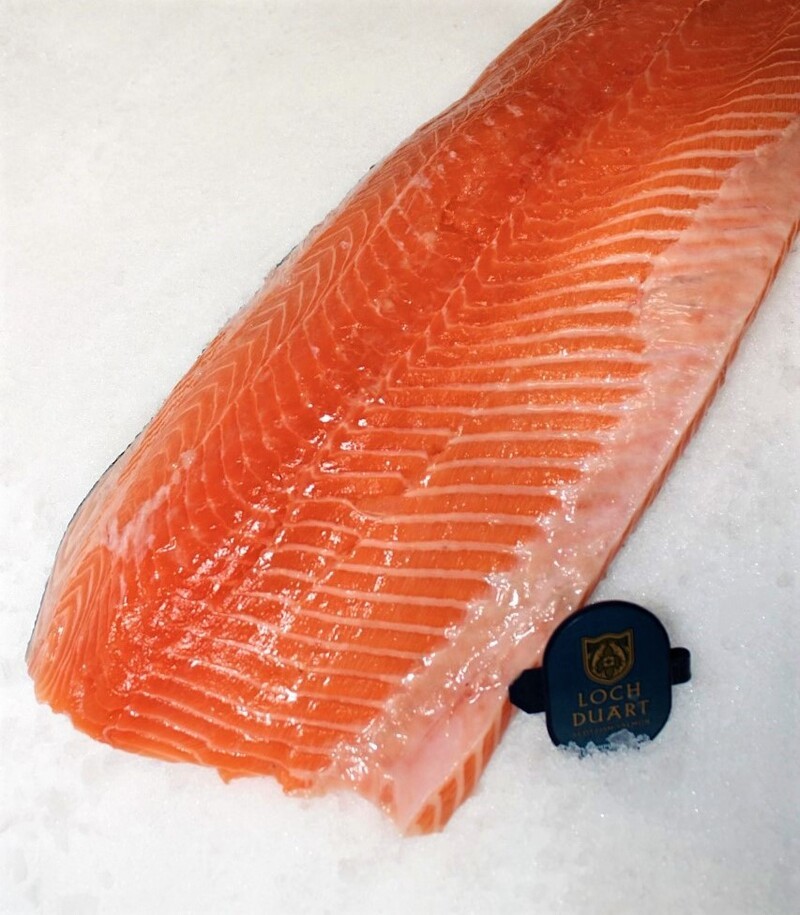 Overall, salmon farming in Scotland is better regulated than most countries, but Loch Duart has gone above and beyond the sustainability of other salmon producers in Scotland. They have received numerous certification and accolades from environmental and animal welfare organizations including the Royal Society for the Prevention of Cruelty to Animals and Green Peace. Salmon are stocked in net pets at very low densities and are fed a nutritious and sustainable diet. No antibiotics, hormones, pesticides or antifoulant chemicals are used on the salmon or net pens. A rigorous rotational fallowing system allows farm sites to naturally cleanse and regenerate and sea urchins and seaweed are grown alongside salmon to clean up uneaten food and salmon waste. Escapes have occurred, but the species being farmed is native to the area, the Scottish government requires reporting of all potential escapes and each farm site is required to have a containment and contingency plan. Escapees have been shown to interfere with wild populations through reproduction and decreasing of genetic diversity, but wild populations are still fairly robust compared to most other places in Europe.

Best practice is the principle applied to Loch Duarte salmon at every step of rearing, harvesting, and supply - a sustainable and environmentally responsible approach which helps separate Loch Duarte salmon from the rest of the salmon farms. This is an excellent product that is always handled with