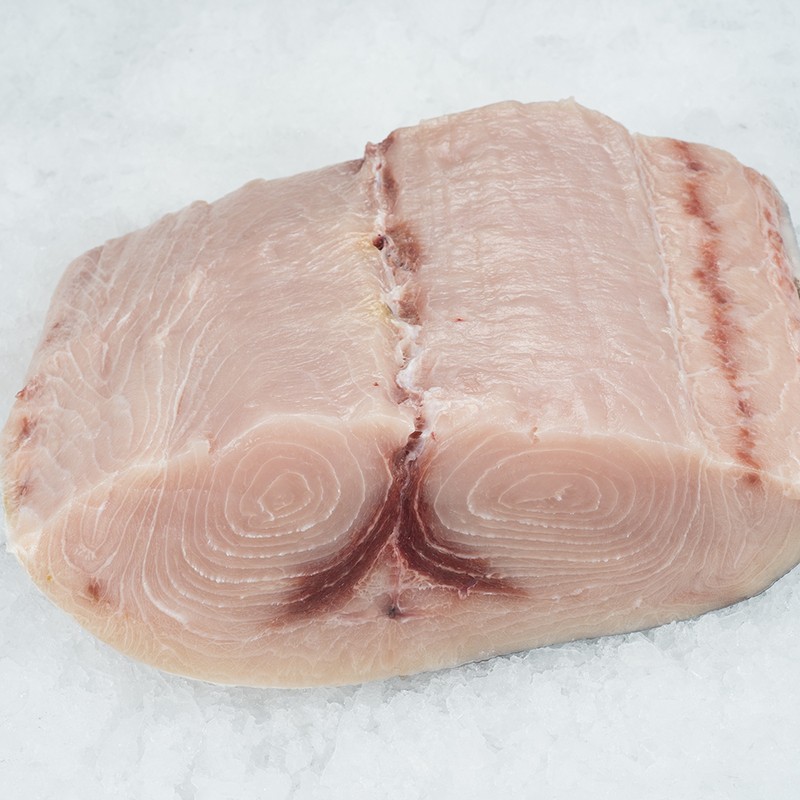 Swordfish is a moist but meaty fish with a mild flavor and moderately high oil content. The flesh color of fresh swordfish can vary, but all colors turn light beige when cooked. Because of the meaty texture, swordfish is great for marinating and grilling. Swordfish is harvested in both the Pacific and Atlantic Oceans and depending on the moon cycle and the time of year we will source from both. Swordfish may contain high levels of mercury, and is one of the few fish that should be avoided by vulnerable groups such as pregnant women, nursing mothers, and children.

There is just one species of swordfish and it is found in sub-tropical, temperate and sometimes cold water around the world. They are a highly migratory species that will travel great distances across oceans.

Both the Atlantic and Pacific swordfish populations harvested in U.S. waters are healthy. The previously depleted North Atlantic swordfish population recovered to a sustainable level nearly 10 years ago due to effective management. International regulations such as size limits and harvest quotas should maintain healthy stocks. The primary gear used to harvest swordfish is the longline, a method by which multiple hooks are hung from a horizontal line stretching along many miles and left to fish over a period of hours. The United States has implemented many regulations to minimize the impact of pelagic longline gear on bycatch of other finfish (billfish, sharks, etc.) and protected resources (sea turtles, marine mammals, sea birds, etc.) U.S. longline fishermen are required to use circle hooks and specific types of bait to reduce the incidental catch of sea turtles. They must also participate in workshops to learn techniques for safe handling of turtles. In the Pacific there are limits set on the number of sea turtle interactions that may occur, after which the fishery is closed for the remainder of the year. There are also large areas closed to longline fishing completely to reduce interactions with protected species and juvenile swordfish, and all longline vessels must carry a Vessel Monitoring System (satellite tracking system) and often must move gear after any interaction with a protected species (turtles, marine mammals etc). Longline vessels are often required to carry fisheries observers to collect data on harvest, bycatch and protected species interactions. Most foreign countries have not implemented these types of regulations to reduce longline bycatch, leading those fisheries to have serious negative effects on the ocean ecosystem.

Loin cut or half moon cut.