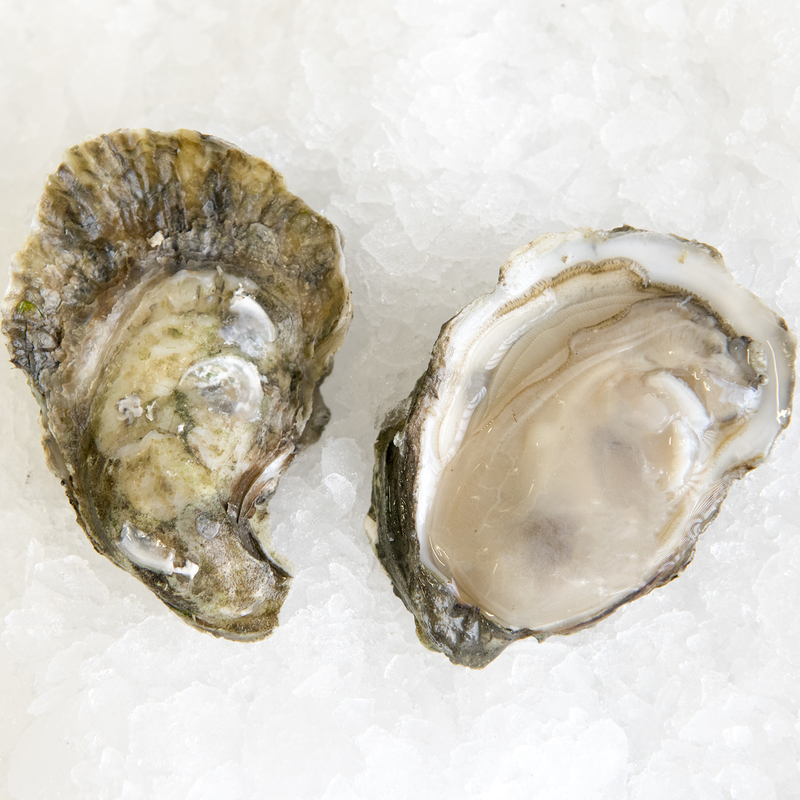 The standard by which other east coast oysters are measured, this super salty oyster comes from what many comsider the oyster capital of the world, Chincoteague, Virginia!! Delicious, and affordable. Clean brine, with a mild earthy finish.