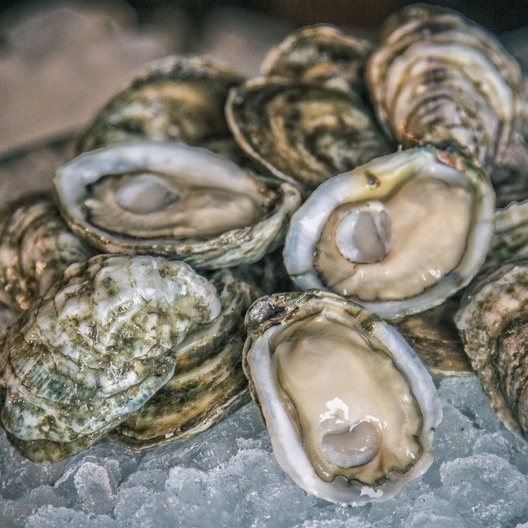 We strive to grow a world class oyster in terms of halfshell presentation, consistency, meat quality, and flavor. On the outside our oyster has a deep cup and a thick polished shell. Inside a, a plump oyster fills the shell. Never any grit, mud or sand. Our oyster's more subtle flavors will change with the seasons, but our farm is strategically located to blend salty and sweet like only the Chesapeake can. Its firm meat makes it a very approachable oyster and its layered flavors excite even the most seasoned ostreaphiles.