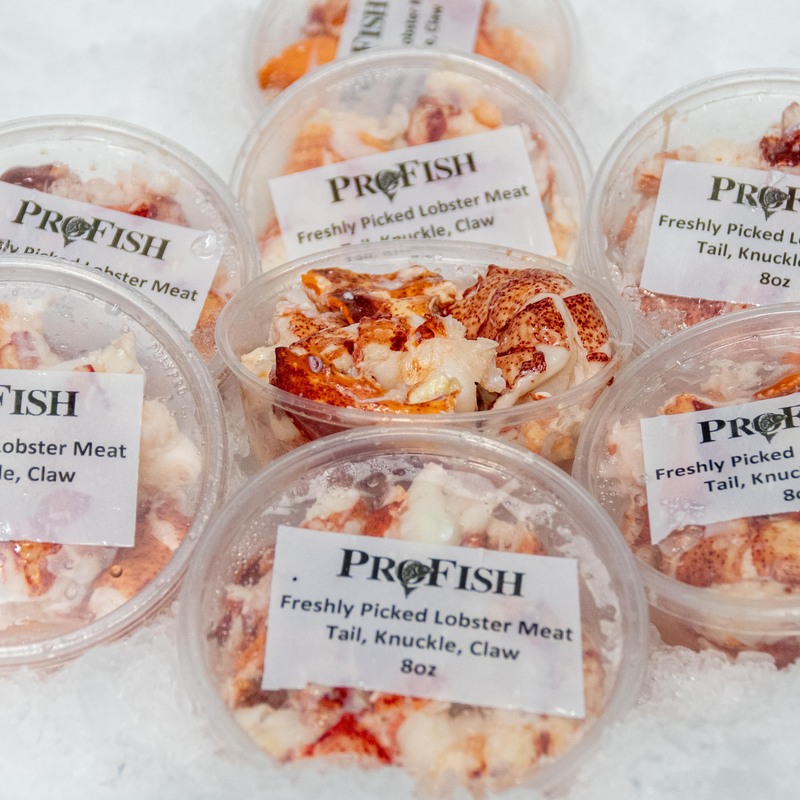 8 ounce cups of fresh picked, cooked lobster meat. This is tail, knuckle and claw meat. Cooked and ready to eat alone or mix in to your favorite lobstah roll.