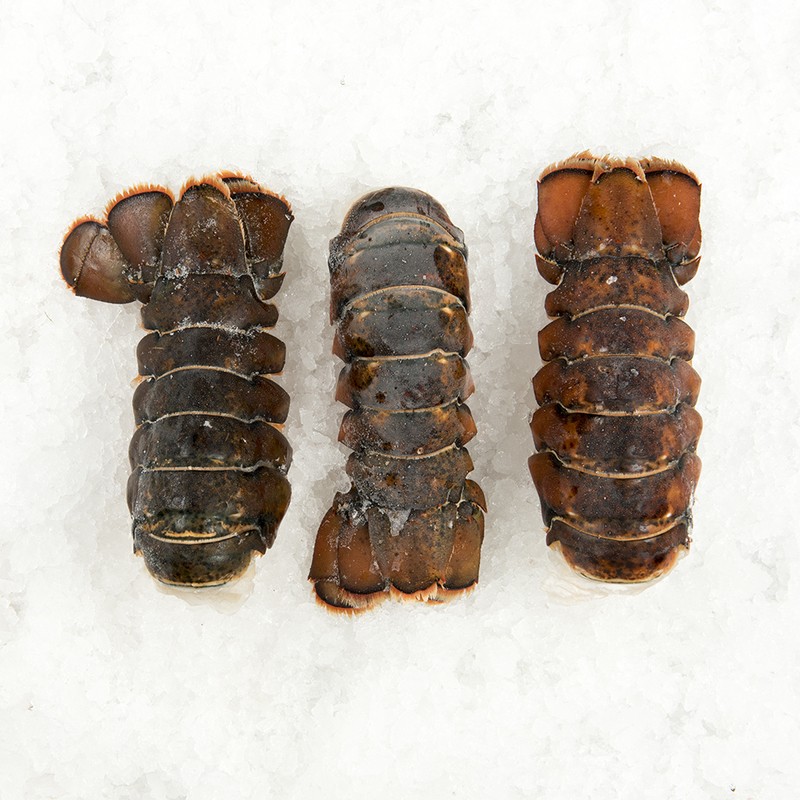 This product is the tail only, frozen during the fall and early winter when stocks are plentiful and demand is down. The meat is mild, sweet and firm. Lobster shell color varies but all turn bright red when cooked. The meat turns white with red streaks. Most of the meat is found in the tail but smaller amounts are available in the claws, knuckles, body and legs.